Perhaps the most eyebrow-raising aspect of the Designer Models platform early on has been our use of Themes rather than traditionnel sector classifications. Details of our Thematic taxonomy are supplied at the end of this presentation in the Appendix. The purpose of this Topic is to explain further what we are aiming for and why we believe it is beneficial to utilize this new approach. 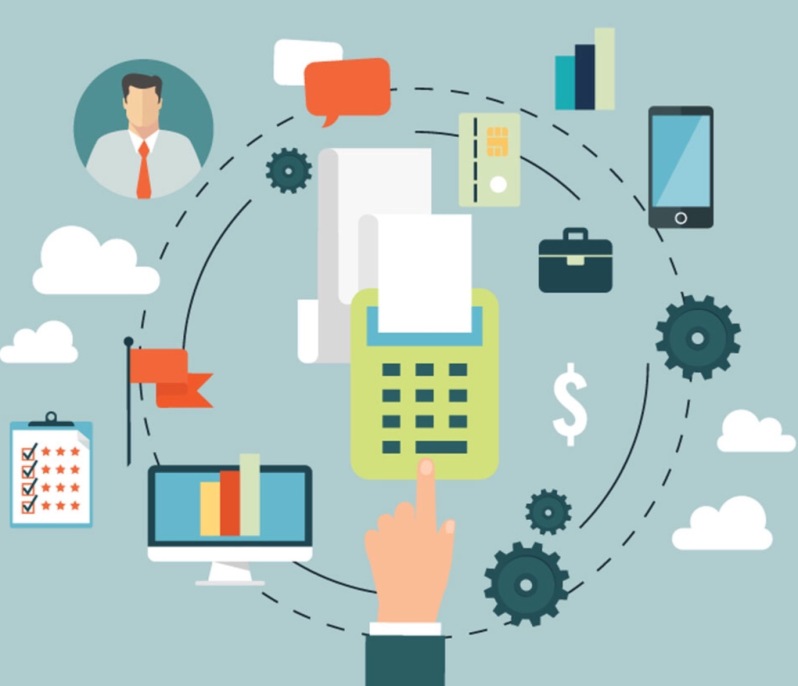 At this point in time, whether we use themes or traditional sectors makes little substantive difference since there are hardly any Designer Models models that use such top-down considerations in the modeling process. The few that do are easily identifiable from the names of the models.

However, we designed the platform not just for its earliest stages but hopefully for a future when we may see more models that are designed around top-down business exposure.

How Top-Down (Based on Business Exposure ) Strategies Work

Why might you want to invest in Tech companies? Is it because you like and admire Apple? That would be a reason to own the company’s products, but it’s not a reason to own its stock or to invest in a tech-heavy portfolio. As an investment platform, Designer Models have to focus on investment issues, not product issues. The same holds true for liking or disliking telecomm, precious metals, energy, consumer staples, etc.

Let’s go back for a moment to Tech. Warren Buffett has long been well known as being averse to this sector. But it’s not the business he disliked. Actually, he admires the endeavor and has long enjoyed a strong personal friendship with Bill Gates. He sees tech as a force for good and has recently become more open to investing in it.

What he avoided, however, were what he saw as key investment characteristics, notably, his lack of confidence in his ability to make good choices given short and shortening product cycles, continually changing competitive landscapes, and so forth. What’s most important to him is consistency and predictability of earnings growth, and as much as he had always revered tech, he felt the sector could not deliver what he sought as an investor. Stripped to its bare essentials, Buffet never really expressed a dislike to tech per se. What he disliked was a particular set of return-risk characteristics.

Warren Buffett isn’t alone in this regard. Well, actually, he may have been an outlier in his analysis of tech, but he is very much part of the crowd when it comes to liking or disliking particular businesses, not because of the nature of the business but because of its return-risk characteristics. Managers who were always more inclined than Buffett to invest in tech didn’t disagree with him about his characterization of the business; for better or worse, their views toward the sector reflect their own assessments of potential returns and their ability to anticipate shifts in product and competition and hence manage risks.

Let’s move to Pharmaceuticals, the Mercks and Pfizers of the world. Traditionally and during my early years in this business, it was an article of faith that these were “defensive” companies, firms whose results tended to be stable year in and year out. They weren’t expected to soar in good times, but these were stocks to chase when bear markets were feared since their earnings would not likely crater. In other words, they were seen to have been at the modest end of the reward-risk scale. Biotech, a close first cousin, however, was always seen as different. They were seen as R&D shops whose shares flourished or foundered based on their abilities to innovate; the business cycle was seen as largely irrelevant.

Things are different today. For Big Pharma, the distant future (patent expiration) has come and gone (Father Time is a killer!) . There are some who still think of this group as defensive. But unlike the past, if one expresses that today, they’re likely to wind up in a hot debate. We’re seeing now how bullish or bearish sentiment toward the group depends on patent portfolios and pipelines. They may be big and more profitable than many Biotech firms. But in one key respect, they’re similar. What counts is their ability to innovate – just as in tech. And this is why we classify Biotech, Pharma and Tech under the Innovative theme.

I could go on but I suspect you get the point. As investors, we don’t really care about the businesses. What we care about is the reward-risk profile. We may not always openly say it (actually, in casual conversation, we rarely articulate it). But it’s what underlies our decisions. It’s not just investors in the public markets. It’s private investors too. Do you watch ABC’s “Shark Tank?” If so, listen closely to the subtext of what the Sharks say, especially when they explain why, despite businesses or entrepreneurs they find appealing, they “go out.” What’s the potential reward? What are the risks? And as they negotiate percentages, watch how often they speak in terms of needing more upside in order to compensate for the risks they see themselves taking.

Notwithstanding what is discussed in casual conversation or heard in the media, what we care about when we think of business exposure is reward and risk.

The Logic Behind Business Classification

Sector and Industry classification has always been a challenging area for financial data vendors. Those who are or have been inside these organizations often see considerable ambivalence about who these taxonomies are designed to serve.

But we’re seen as a niche group with volatile demand patterns, and what’s worse, we’re shrinking, as consolidation limits the number of potential clients. So these organizations often crave and have high hopes for what they refer to as “business users,” and they devote considerable resources toward serving this market, which they see as potentially large and lucrative. Sales people need to assess their respective fields of operation, who is who. Internal financial mangers and HR departments need to identify comparables, for purposes of benchmarking and evaluation. Market researchers and strategists need this information to identify competitive landscapes. Etc.

Actually, though, such efforts have not fared well. The problem is not because the market for such information doesn’t exist. The problem is that the information with which they work comes from SEC filings which are grouped not on the basis of business exposure but on the basis of the collection of operating units, sometimes homogenous but often very varied, that fall under corporate umbrellas. I don’t know if or to what existent data vendors are still trying to sell to a business market. But the fact that they did says much about why the traditional sector-industry classifications exist and are widespread.

The reason I went through is to illustrate the extent to which traditional sector-industry classifications reflect considerations that have absolutely no relation to what we need to do, assess potential reward and risk. The idea of proposing a risk-reward oriented taxonomy such as the one we now offer for Designer Models would have been unthinkable, given its lack of relevance to the supposedly larger and more promising business market.

Still old habits die hard. We like traditional classifications for several reasons. They’re familiar. They’re comfortable. And let’s face it, Designer Models subscribers have lives beyond their Designer Models portfolios, so we hope and so we presume. So on many occasions in the context of professional and personal life, the descriptive sector-industry labels do speak, albeit not in a model selection context.

It’s important to recognize that not every company will display the reward-risk characteristics of the Theme to which it winds up being assigned. That’s to be expected. No taxonomy can cover everything. Variety is infinite. This, however, is why theme-agnostic bottom-up strategies (value, quality, etc.) tend to predominate. Those who want to get it right, so to speak, at the company level probably should not be working with any sort of Sector, Industry or Theme taxonomy. Any Top-Down effort, whether it be with traditional Sector-Industry labels or with our Themes, would necessarily have to be willing to look beyond idiosyncratic company aspects and focus on the broad generalizations, and on that basis, we believe our Themes give top-down investors what they need to select and evaluate the reward-risk characteristics  of models, something that should, we believe, become more apparent as our product line evolves.

The setup of the Designer Models platform is based upon a clear goal; to focus you on that which will make a dollars-and-cents difference to you, assessment for potential future reward and risk.

Don’t fuss too much about Themes right now. They’ll become much more important when the product line is fleshed out with more Theme-oriented models. But in the interim, until that comes to fruition, we encourage you to give Themes a chance, to get into the habit of seeing them as top-down indicators of reward-risk characteristics (different from and a potentials partner to the Style ranks). That will enable you to more effectively evaluate and choose among Theme-centric portfolios when they are offered.

The next Topic will cover risk. It’ll repeat some things we already covered (especially in our discussion of Quality). But a unified presentation will give us a chance to review this important topic, and to touch on some other Designer Models platform features that have not yet been covered.

Many investors consider the business activities of the companies in which they invest as part of their strategies. One way or another, an investor associates a particular line of business with a set of return-risk characteristics. Many express this in quantitative terms (e.g. expected return, standard deviation, beta, correlation). Also, many investors envision this in qualitative – verbal — terms (a hits-driven business, a business dependent on intellectual property, a cyclical business, etc.)

Both approaches are valid and are broadly compatible. For example, a one who seeks exposure to companies that produce everyday consumer necessities will often wind up in the same stocks as one who seeks to emphasize low-beta.

In terms of making choices, both approaches face a common obstacle; business classifications that do not address return-risk in quantitative or qualitative ways. Instead, they are descriptive (the language of business people rather than that of the investment community) and require investors to recognize on their own the essential return-risk characteristics.

The Themes we have developed aim to satisfy this need. Each Theme is a collection of sectors, sub-sectors, industries and/or sub-industries that are united by a common set of qualitatively expressed return-risk characteristics.

For example Pfizer and Apple have different GICS-based Sector, Sub-Sector, Industry, and Sub-Industry classifications. Yet Thematically, both are included under “Innovation,” a group of companies in businesses that require continuing streams of new intellectual property, new products and/or new services in order to flourish.

Our “Themes” combine Standard & Poor’s GICS sectors and industries into 5 main groups based on well-known characteristics inherent in each group of companies.

Our “Themes” are based on GICS Classification, which is the main standard when it comes to Sector & Industry classification for professionals. Each Portfolio123 Theme is a collection of GICS codes that identify companies fulfilling our definition of the Theme.

The following table specifies how the GICS codes that comprise each Theme.